The history of G.A.A. in the area has had many homes down the years. Argideen Rangers G.A.A. club is located on the community grounds of Timoleague at Our Lady’s Well.  The sacred well has a history that is said to date back to pre-Christian times. There is a plausible local tradition that ties up the origin of the holy well with the name of the townland in which it is located (Lettercollum).

We are told that a monk from Timoleague Friary, who had the responsibility of caring for lepers at the nearby leprosarium in Spittal, the adjacent town land, was praying where the well now is. Filled with compassion for his unfortunate charges, he earnestly besought God to bring about their speedy recovery. The day being very warm and the murmuring of the nearby stream, coupled with the rustling of the leaves, lulled him to sleep. While asleep he had a dream: he thought a white dove came from Heaven with a letter which it dropped on his forehead. On opening the letter he found the words: “Dig here and you will find waters which will cure the lepers”.

He awoke with a start, and, remembering the dream, he began to dig around where he had been lying. To his amazement a spring of clear, cool water gushed out of the ground. It is there for all to see to this day on the eastern entrance to the grounds. Ever since, the townland has been called Lettercollum or Dove’s Letter. Litir:Letter and Colm:Dove.

Unfortunately there is also a more prosaic explanation for the meaning of Lettercollum. Leitir means a hillside or sloping land. Therefore, Lettercollum may mean the sloping land or hillside of the doves. Our Lady’s Well has been a place of pilgrimage and reflection for time immemorial. On the 15th of August each year, people from many parts congregate here for Rosary and Benediction.

The first move to acquire land in Lettercollum came in 1977 when it became known that the Land Commission was about to divide the lands of the Convent of Mercy in Lettercollum. G.A.A. teams in Timoleague had many temporary homes. An elevated site in Ardmore hosted games in the early days of the association in 1892. Lawrence McCarthy in Maryboro and Griffins field, Burren Road also hosted games. Nearby, Aunty Jo Foley provided a sheltered field with a useful stream for showering. Con Cashman’s field in Clogagh was popular in the late 1970’s. However it was felt by Timoleague Community Committee that this sale of the lands of Lettercollum Convent was a unique occasion to provide a much needed amenity for the area and to secure public access to the holy well at all times.

A deputation from the locality (including Jackie Deasy, Michael Foley and Charles R. Cullinane of Clonakilty) met officials from the Department and successfully negotiated the sale of seven acres to the Community Committee. The development of the site which followed left the Community Committee with a debt of £35,000, which was paid off with proceeds from the harvest festival, bingo sessions, dances, etc. The new pitch was officially opened on August 3rd 1980 by Liam O’ Murchú, Assistant Director General of RTÉ. Castlehaven played Kenmare in a senior football challenge whilst the first game involving Timoleague was the Power Cup football match against Kilbrittain. 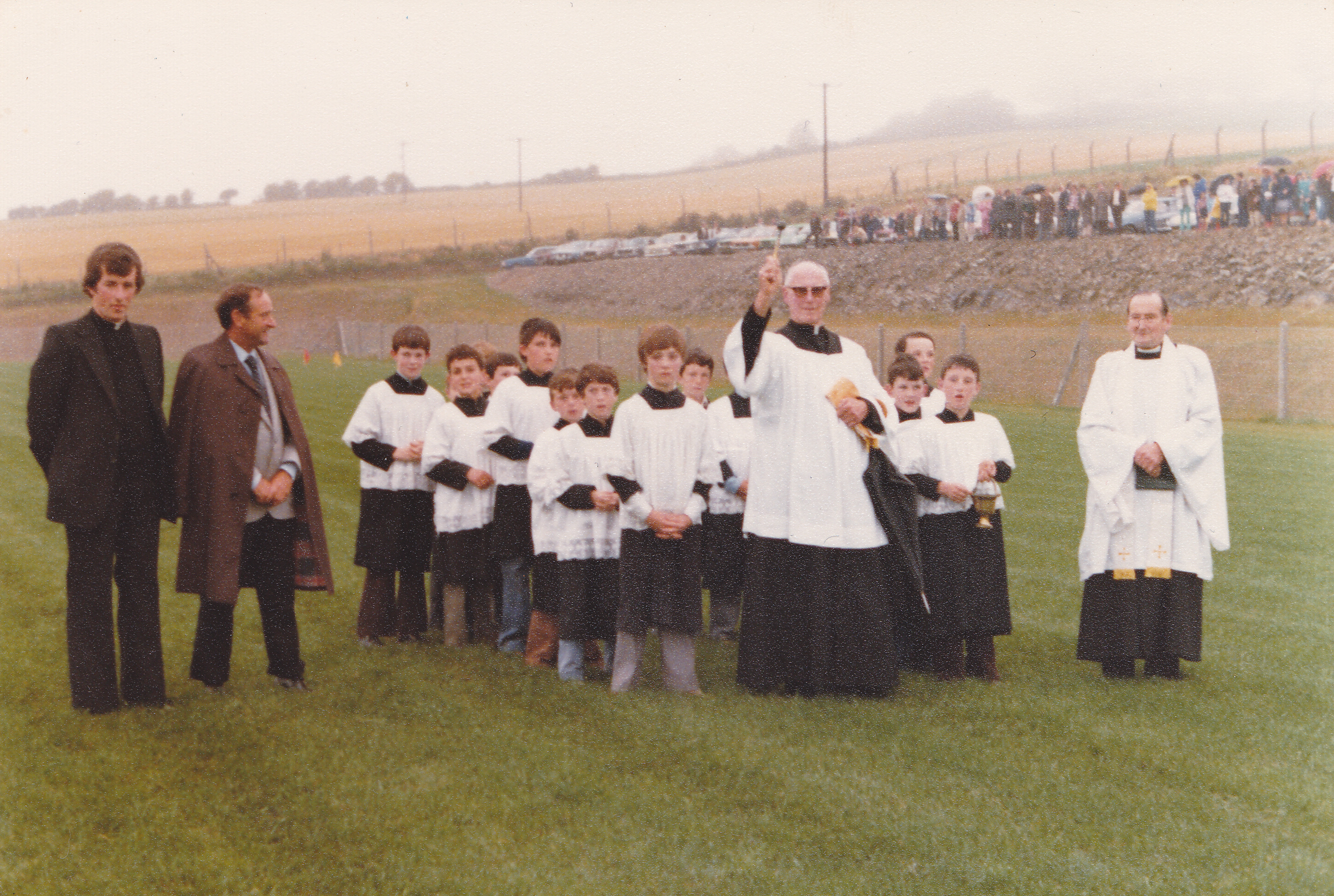 The sloped entrance to the old dressing rooms was mainly used for parking and the odd gruelling physical training session down through the years! In 2008 work began on clearing the wooded area between the pitch and roadside and also digging out an astroturf pitch. On September 11th 2011, Mayor of County Cork, Cllr. Tim Lombard, officially opened the astroturf pitch and hurling wall which was completed under the guidance of Timoleague Community Association chairman, Ger Madden. 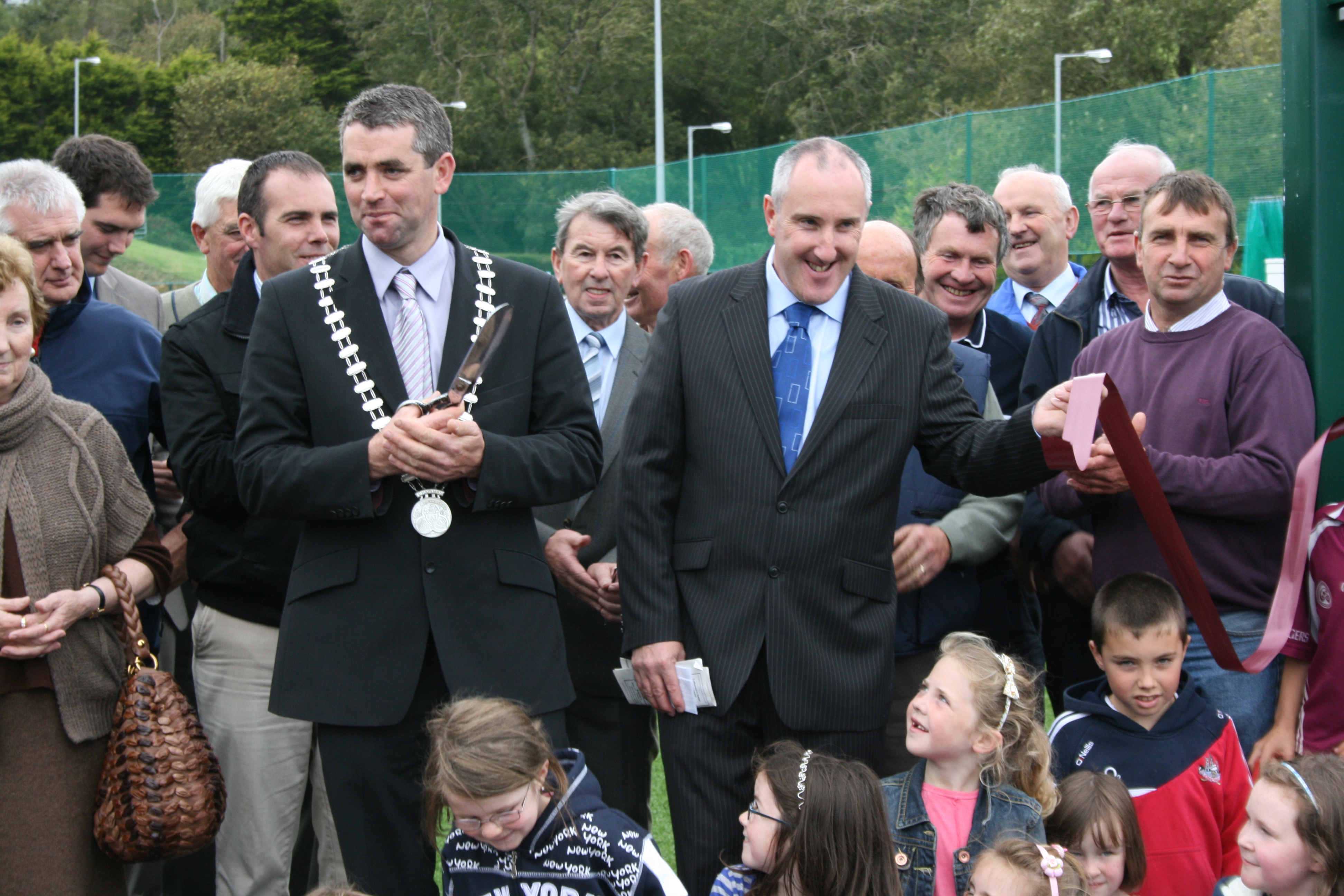 On November 1st 2015, President of Munster Rugby, Bertie Smith, Cregane, officially opened the modern complex that we have today. Bertie was a former Argideen player from the 1970's and 1980's, and as a result, he had seen huge changes in the club. He was also physical coach with the 2005 winning county intermediate team. The development was completed by Cathal Dinneen. 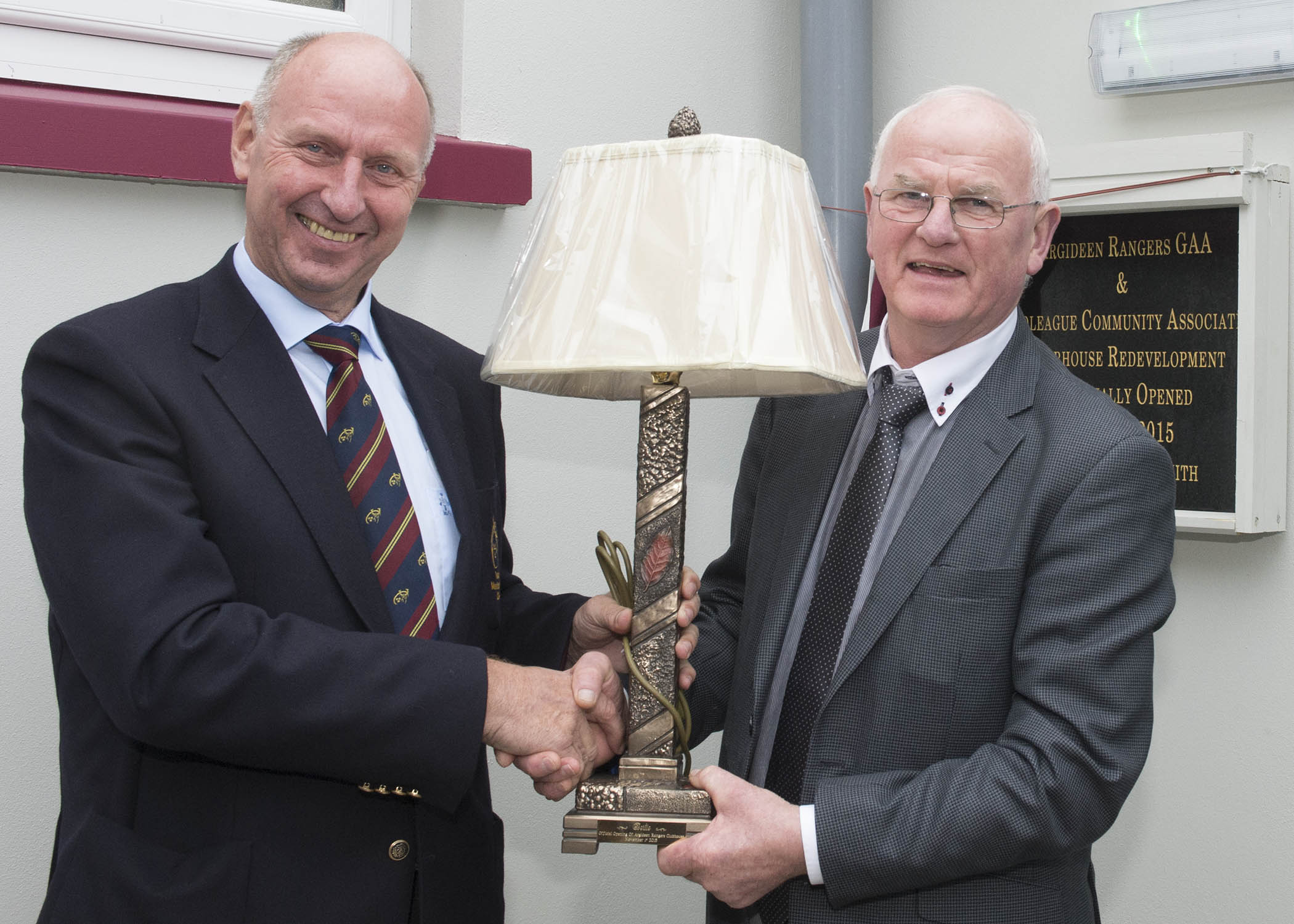