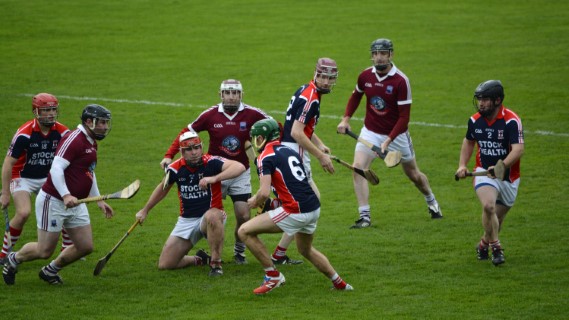 Timoleague was the venue last Sunday afternoon for the Junior C hurling final between Ballinascarthy and Argideen Rangers. Ballinascarthy started well with the aid of the breeze and scored a couple of frees into the village end goal. Oisín Dowling got the home side off the mark with a smartly taken score from play quickly followed by a converted sideline cut from Ronan Milner. Balinascarthy continued to convert placed balls and extend their lead before Noel Coomey used all his experience at full forward to win a great ball and kick a point, to reduce the deficit to four points, 0-08 to 0-04. Brad Harte, Mike Deasy and Dec Crowley defended bravely at the back and at the turnaround Bal led ten points to four.

The home side thundered into the game at the start of the second half with the midfield pairing of Johnny Deasy and Eoin Holland particularly dominant. Noel Coomey caught a great ball to set up Michael Murphy for a smart point from play. Coomey converted a seventy metre free after a rampaging run from Milner and another long range free to close the gap to three points. Some fine work by Holland led to Richie Smith smartly converting a point from play and another Coomey point from play reduced the lead to two points with ten minutes to go. As weather conditions deteriorated, so too did the home sides discipline, albeit with some questionable refereeing decisions also. Noel Coomey continued to take the fight to Bal, but Argideen weren't able to find that badly needed goal as the game finished 0-14 to 0-11 in favour of Balinascarthy.