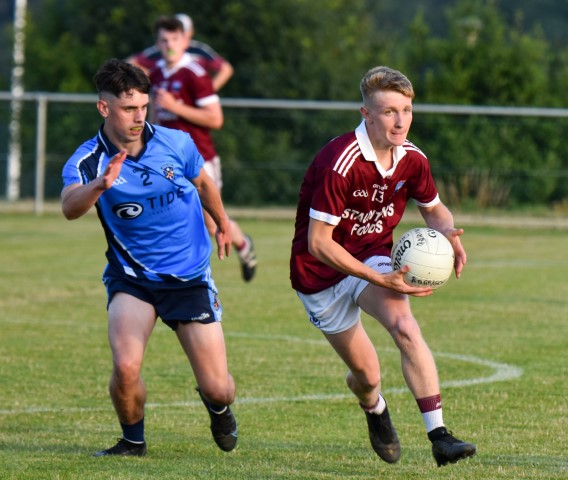 With last Saturday evening's opening round of the Junior A championship game against Barryroe in the 60th and final minute of normal time, things looked dire for Argideen Rangers. Trailing by 0-8 to 1-2 and another foray into the Barryroe half looked to have broken down. Enter Seán Walsh who picked up a loose ball at centre forward and instinctively passed to his brother Fergal. In a final throw of the dice, he slalomed through the packed Barryroe defence, stopped and quickly changed direction, before wrong footing the entire defence and burying his crucial second goal. With the game tied, it was all to play for, up and down the pitch in a frantic few minutes of injury time. Lorcan O' Leary, as he did all evening, won a 50/50 ball, took on his man and won a free. Darragh Holland coolly slotted over from the 13 metre line on a tight angle. Minutes later, after repelling another Barryroe attack, Argideen surged forward, won a free and Bill Fleming stepped up to seal a memorable win. Bill had a powerful game, bombing up and down the wing all evening, ably assisted by Eoin Lawton and Ger Crowley who were strong in midfield, with Crowley scoring a neat first half point. Darragh and Cathal O' Donovan broke down many a Barryroe attack as did Finbar Butler who handled a lot of ball. Then with the sound of the final whistle the score board read Argideen 2-4 to 0-8 for Barryroe. The difference between victory and defeat is often down to the smallest of margins and this was very much a case in point. Next up is another tough group game against reigning champions Tadhg Mac Carthaigh in Newcestown at 7:30pm on Saturday evening. Your support is greatly appreciated.