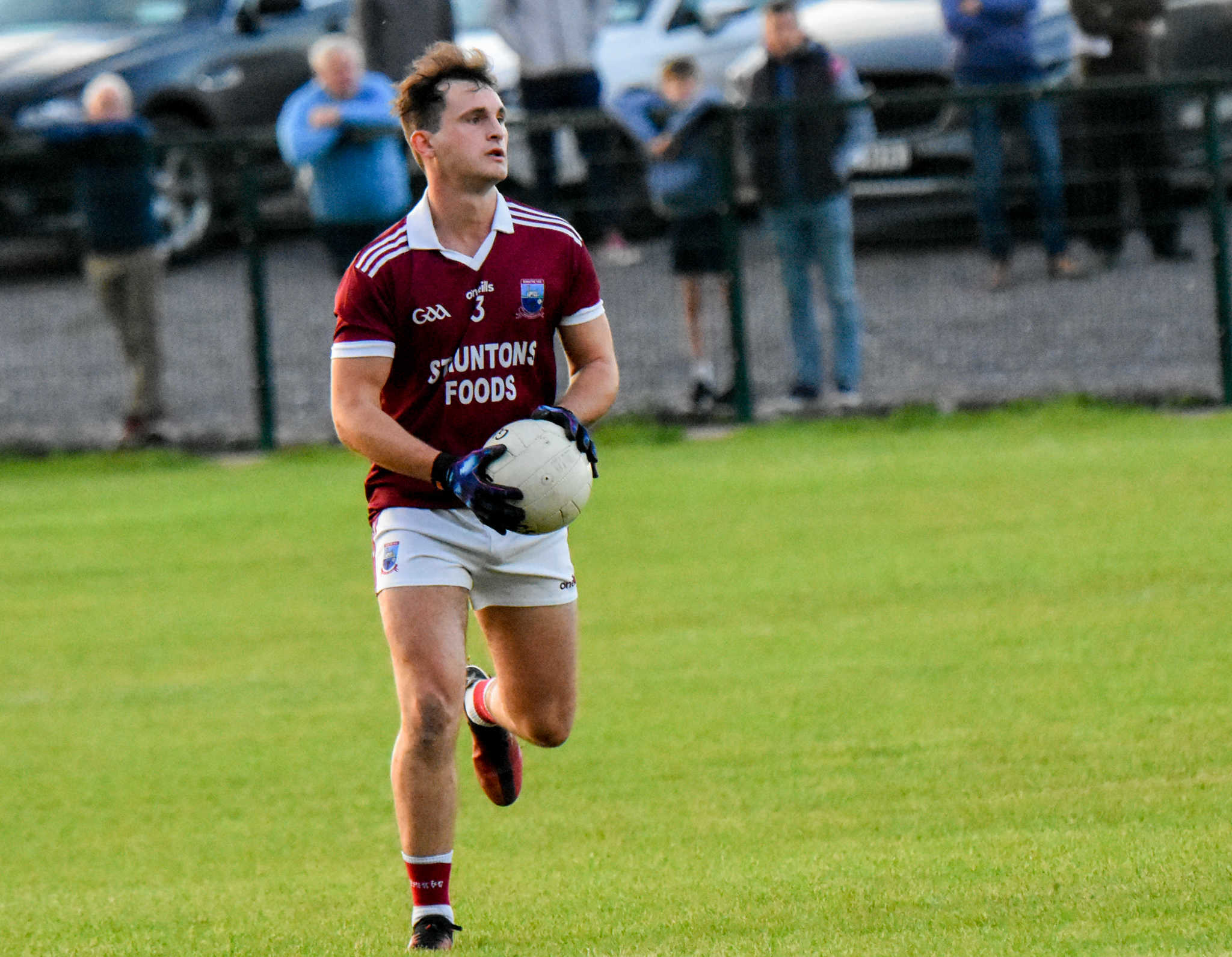 After the semi final win and heroics against Tadhg McCarthaighs last week, excitement is building in Timoleague village and countryside which is festooned with flags and bunting in preparation for the West Cork Junior A football final on Sunday 25th. It is only the club's second ever Junior A football final with St. James providing the formidable opposition. The Ardfield men beat Argideen on their way to a county final in 2019 and again in Clonakilty last year. The Timoleague men will be hoping for a repeat performance of their 2020 championship win in Ahiohill. Please show your colours and support the team in Ahiohill at 3:30pm on Sunday.

Back After All The Years

They say there is no road without a turning and sometimes it takes a while to get to that turn and so it is with Argideen Rangers junior footballers. Last Tuesday night’s victory over Tadgh Mac Carthaigh’s resulted in a first West-Cork Final appearance since way back in 1994. That final is still remembered not so much for the football but for the weather. In truth the game should never have been played as underfoot conditions on the Kilbrittain pitch were the worst that many seasoned followers had ever witnessed. There was pressure on the board to play the game as the football championship was put on the back burner because of Carbery’s success in senior hurling and Barryroe’s advancement in the county junior hurling championship. The saga of nominations and draws and county involvement is worth an article on its own.

Argideen met Ilen in the first round and it took two games plus extra time to separate the sides with Tony Crowley kicking the golden point in a 3-11 to 1-16 victory after two and a half hours of football. Next up was Clon and again it took two games to separate the sides with Argideen advancing to meet Tadgh Mac Carthaigh’s in the semi-final. The Caheragh side were favourites but Peter Fleming, Victor Smith and Mick Foley made light of that popular belief and had their charges ready for all eventualities and it was no surprise that Argideen tore the form book to smithereens with an 0-11 to 0-7 victory. Opponents in the final were Barryroe who had beaten Argideen in the hurling final earlier in the summer in Bandon.

The final was fixed for the 13th. of November and the atrocious weather has already been mentioned. In a low scoring contest,Barryroe had their noses in front 0-3 to 0-2 at half time. It was nip and tuck in the second half and the introduction of Michael Walsh as a second half substitute was a master stroke. The young lad who went on to be one of Argideen’s greats, was light and glided on the watery surface and caused Barryroe’s rear-guard all kinds of problems with Argideen finished the stronger to record a historic first junior “A” football victory, 0-7 to 0-5. Cregane man, Tadgh Crowley had the honour of captaining the side and it is strange the way history has a habit of repeating itself as it is Tadgh’s nephew Gerard who captain’s the side on Sunday. A few facts about that ’94 campaign are worth recalling. It took six and a half hours of football to win the title. Throughout the championship only seventeen players were used – the first fifteen were a constant and only Mikey Walsh and Sean Foley came in off the bench when required. Five Crowley brothers, sons of club chairman Joe played on the team and Barry Harte who captained Carbery hurlers to a senior county final victory two months previous, scored a staggering 0-44 points during Argideen’s march to football victory. 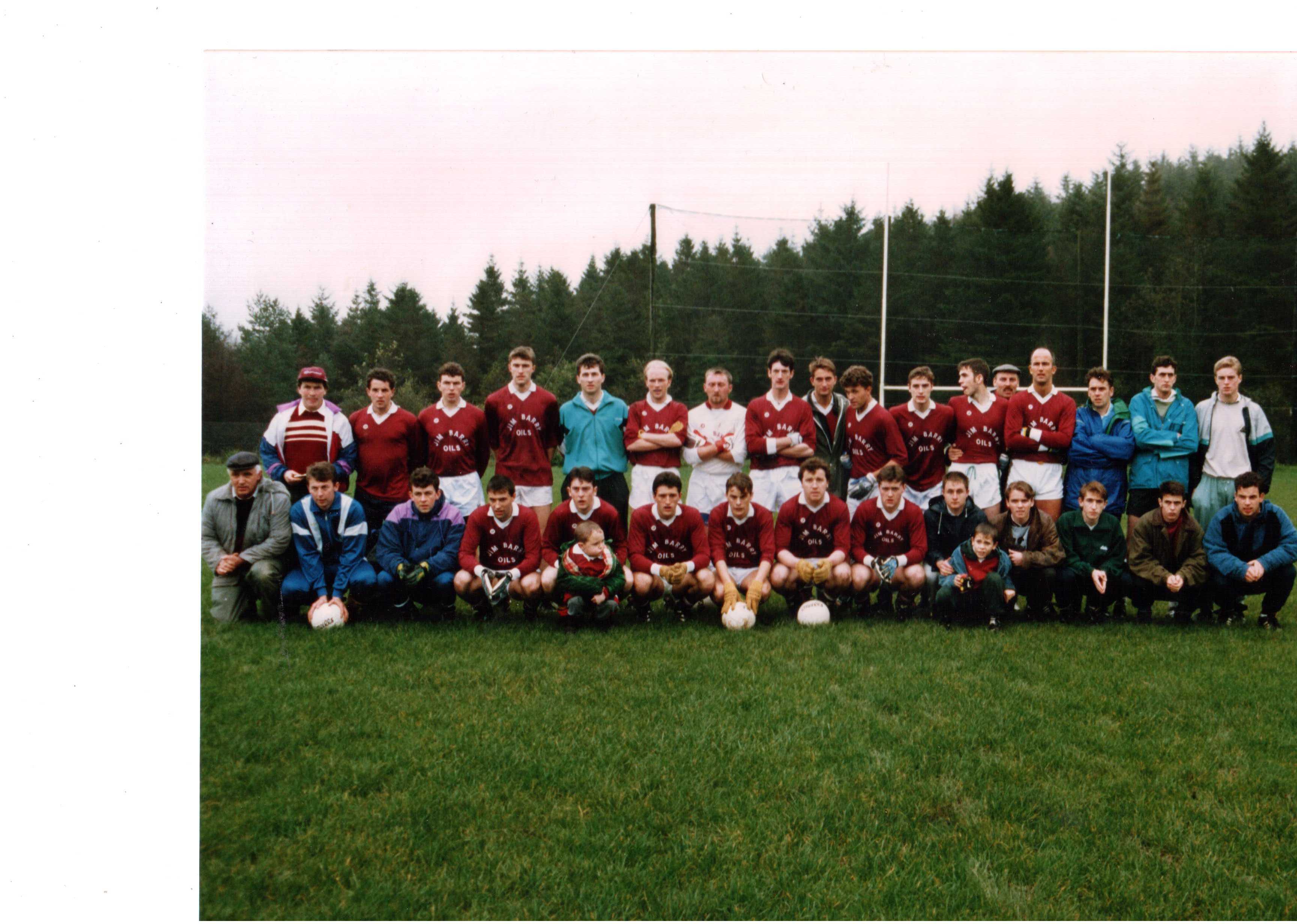